At least 33 people have been killed in the deadliest single Israeli attack since fighting broke out nearly a week ago. Israel's military said it had also bombed the home of a senior Hamas leader.

It released video of an exploding bomb which it said had hit the home of Yahya Sinwar, the group's overall leader in the territory.

Israel's military said early Sunday it bombed the Gaza home of Yehiyeh Sinwar, head of Hamas' political wing, saying that the structure was a part of the group's "military" infrastructure.

The army released a video showing the damage but there was no immediate clarity about casualties.

The home of Sinwar's brother Muhammad, another senior Hamas member, was also struck.

On Saturday, Israel said it destroyed the home of Khalil al-Hayeh, a senior figure in Hamas' political branch.

Militants fired rockets at Israel, with a new barrage on Sunday afternoon.

Israel on Sunday stepped up airstrikes on Gaza as it bombed the home of Yehiyeh Sinwar, the leader of the Hamas militant group in the Palestinian territory.

The pre-dawn strikes were the deadliest single attack since heavy fighting broke out nearly a week ago.

Hamas, meanwhile, continued to launch a barrage of rockets towards southern Israel, as hopes faded of a deescalation in the renewed Middle East crisis.

Hamas leader Ismail Haniyeh insisted the militant group will not back down. During a pro-Palestinian rally on Saturday in Doha, Qatar, he said as Israeli attacks continue, "the resistance will increase [its force] to a higher level." 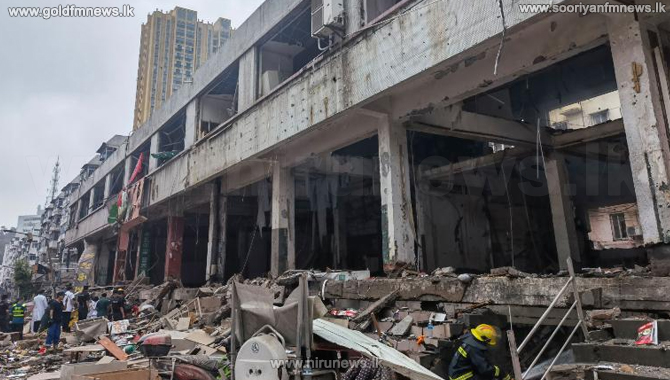