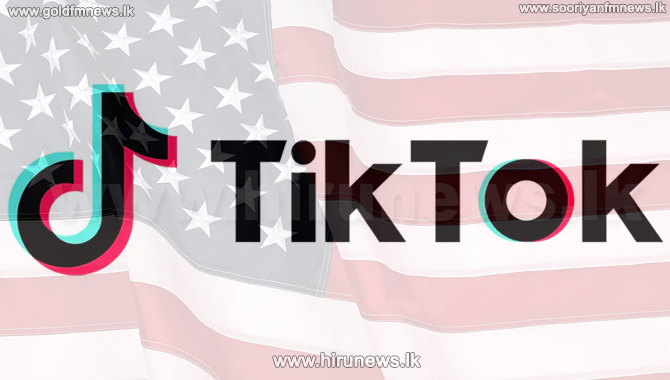 President Joe Biden has revoked an executive order from his predecessor Donald Trump banning Chinese apps TikTok and WeChat in the US.

The ban faced a series of legal challenges and never came into force.

Instead, the US Department of Commerce will now review apps designed and developed by those in "the jurisdiction of a foreign adversary", such as China.

It should use an "evidence-based approach" to see if they pose a risk to US national security, Biden said.

TikTok did not offer comments on the news.

Trump ordered the ban on new downloads of the viral video app TikTok, which is owned by Chinese firm Bytedance, in 2020.

He described it at the time as a threat to national security.

A proposal was produced that would have seen Oracle and Walmart owning a US entity of the service, and taking responsibility for handling TikTok's US user data and content moderation.

But a series of legal challenges, and the fact Trump was due to leave office shortly afterwards, meant neither the ban nor the involvement of the US companies ever came to fruition.

In his new executive order, President Biden said that the federal government should evaluate threats posed by China-based apps and software through "rigorous, evidence-based analysis", and should address "any unacceptable or undue risks consistent with overall national security, foreign policy, and economic objectives".

He acknowledged that apps can "access and capture vast swathes of information from users".

"This data collection threatens to provide foreign adversaries with access to that information," he said.

TikTok is used by about 80 million Americans every month.

Ashley Gorski, a senior lawyer at the American Civil Liberties Union (ACLU), welcomed the decision to overturn the ban.

"President Biden is right to revoke these Trump administration executive orders, which blatantly violated the First Amendment rights of TikTok and WeChat users in the United States," she said.

"The Commerce Department's review of these and other apps must not take us down the same misguided path, by serving as a smokescreen for future bans or other unlawful actions."

Next week, President Biden is due to meet European Commission President Ursula von der Leyen, and the two are expected to announce a partnership around technology and trade, in an attempt to push back on China's rise as a technology superpower.

It is likely the partnership will include joint standards around emerging technologies, as well as commitments to take firmer action policing the internet, and to act on the critical supply chain issues that have arisen during the Covid pandemic.