An unfortunate death of a 10-year-old girl 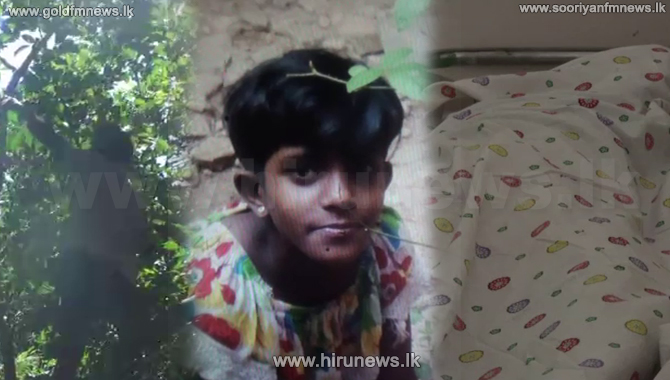 An unfortunate incident has been reported in the Mamalgaha area in Balangoda where a 10-year-old girl fell from a Rambutan tree and got stuck in a fork of the same tree.

The victim was a Grade 6 student residing in the Mamalgaha area.

Her father works in another area, and she lives at home with her younger brother, mother, and grandmother.

The girl and her younger brother had been watching television at home this morning and the mother had left the house to set up a water motor.

At the time of the accident, the girl's grandmother had gone to a nearby shop to fetch food for tea.

When the mother returned home and inquired about the girl, the brother had stated that she had gone to the garden.

Later, the mother discovered that the little girl was stuck in a fork about 20 feet [5 m] above a rambutan tree.

She was rushed to the Balangoda Base Hospital with the assistance of the residents of the area and was pronounced dead at the time of admission.

A magisterial inquiry has been conducted into the incident and the postmortem will be held tomorrow. Balangoda Police are conducting investigations.