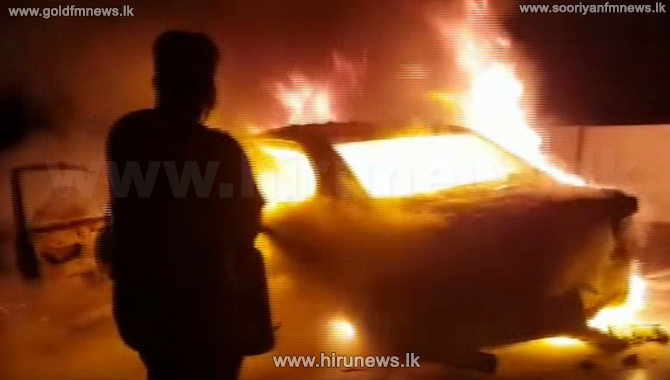 Two persons have been killed in a road accident near the 59th km post in the Narammala area on the Central Expressway which is still under construction.

The accident had taken place when a car and a motorbike had collided on the road.

Vehicles are not allowed on this road yet. It is reported that the car and the motorbike have been speeding in the same direction.

The car and the motorcycle have caught fire following the accident.

The deceased have been identified as a 19-year-old and a 24-year-old motorcyclist and were residents of Wadakada area.

Five persons were travelling in the car and two of them were arrested.

The police spokesman stated that investigations are underway to arrest the other three suspects who escaped.

He also stated that action would be taken against these persons in accordance with the quarantine laws and in connection with an accident.