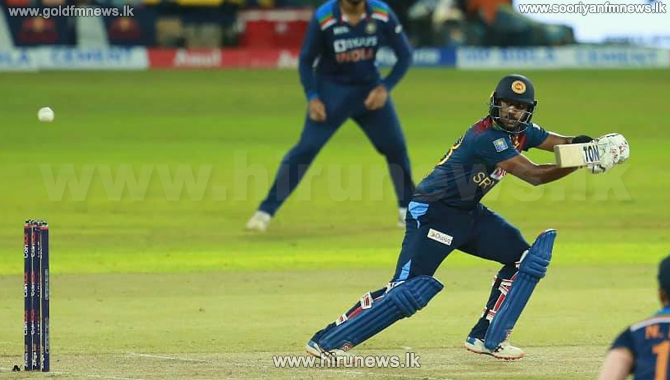 Dhananjaya de Silva was the star in Sri Lanka's win and was also the Player of the Match for his 40 not out off 34 balls.

Sri Lanka took the game to the last over to chase down a target of 133 runs. This was a game dominated by spinners from both sides.

For India, Kuldeep Yadav was the top wicket-taker with two wickets while the rest got one wicket apiece. Varun Chakravarthy was the most economical bowler in the entire match as he gave just 18 runs in his 4 overs and took a one wicket.

Dasun Shanaka: I thought if we could contain them to a low total, we could chase it. We were not able to capitalise in the first six overs. But DDS and Wanindu Hasaranga bailed us out. I should thank the BCCI and SLC for this opportunity because this is a huge opportunity for young guys in these times.

Shikhar Dhawan: The surface had turn and it was stopping a bit. Of course, we knew one batsman was short and we knew we had to construct the innings smartly and we had to content ourselves at some point. But yeah, we were 10-15 runs short. I am very proud of the boys because we gave a very good fight. That never dying attitude and taking the game to the last game while defending just 132, hats off to both bowlers and batters.

Dhananjaya de Silva is the Player of the Match. "I am very happy to contribute. In my mind, I wanted to bat till the 20th over. I thought this was my opportunity. When you play against India, it's very tough."