Police attacked during a raid in Dematagoda (Video) 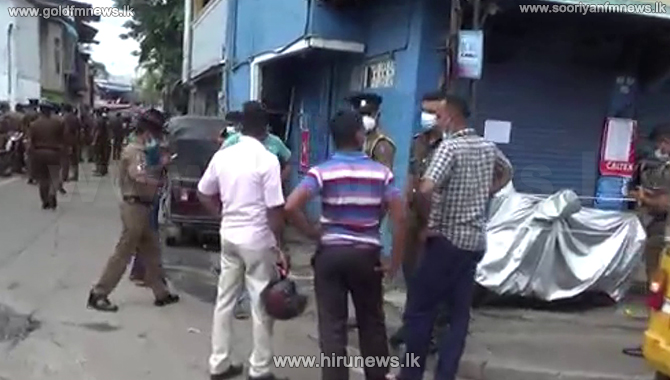 A group of police officers of the Colombo Crimes Division on a drug raid operation in the Dematagodala Kalipullawatta area were attacked this afternoon (15).

Two police officers were injured in the attack.

A group of officers from the Colombo Crimes Division had gone to the Dematagoda Kalipullawatta area for a drug raid at around 03:00 p.m this afternoon.

According to reports, stones have been hurled targeting the officers.

A spokesman for the Colombo Crimes Division stated that five persons have been arrested on suspicion for the attack.

It has been reported that 10 grams of narcotics were found during the raid.

Meanwhile, the Navy seized over 47 kilograms of cannabis worth nearly Rs. 14 million in the Wankale area in Mannar today.