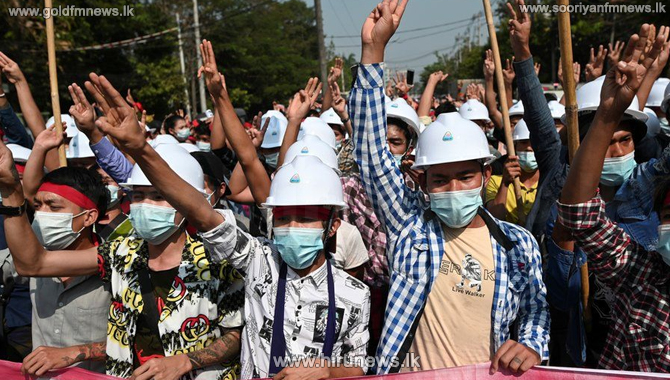 Myanmar's government has said it will free more than 5,000 prisoners jailed for protesting against February's coup.

Thousands of people were detained during bloody demonstrations after military leaders seized power.

The coup leader, Min Aung Hlaing, said the 5,636 prisoners would be released for humanitarian reasons.

It comes days after the general was excluded from an annual summit of regional leaders, who said the military had not done enough to end the turmoil.

The Association of South East Asian Nations (Asean) agreed to invite a non-political representative from Myanmar instead of Gen Min Aung Hlaing.

At least 1,178 people were killed and 7,355 arrested, charged or sentenced during a crackdown on dissent that followed Aung San Suu Kyi being ousted from power, according to the Assistance Association for Political Prisoners.

The general said the prisoners would be released to mark the Buddhist holiday Thadingyut later in October.

"For many different reasons, they participated in violent protests," he said.

"Among those who have been serving or facing trial, appropriate people will be given a pardon [for] the Thadingyut festival."

Speaking on television, the junta chief insisted the military leaders were committed to peace and democracy.

He said his government had its own five-stage plan to restore democracy.

The authorities released more than 2,000 anti-coup protesters in July.