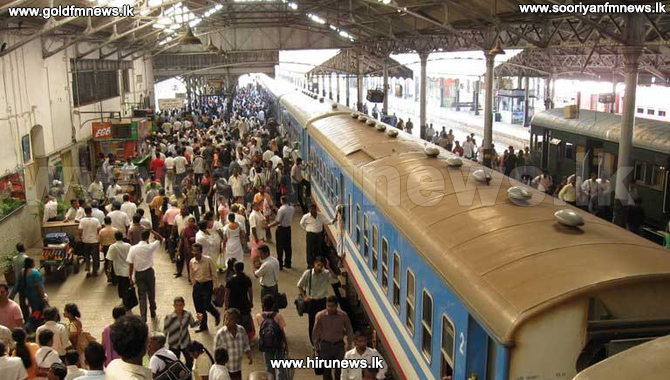 State Minister Dilum Amunugama stated that the security of the Railway Stations and passengers will be vested with the Police OIC's from tomorrow (15).

This decision has been taken due to the strike launched by the Station Masters' Union.

Station Masters have been informed to suspend this trade union action.

The State Minister further stated that if they do not take action to end the train strike, arrangements have been made to run trains from tomorrow and to take passengers by buses.