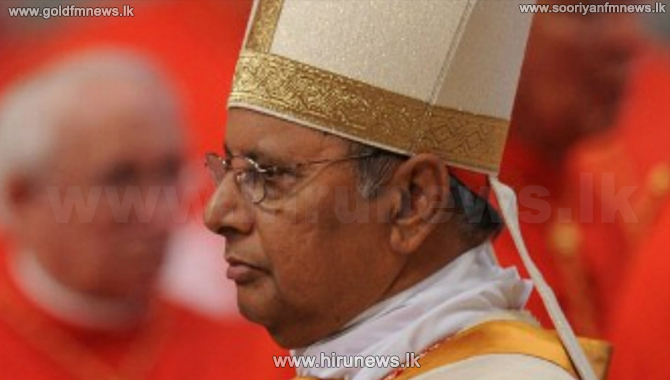 Archbishop Malcolm Cardinal Ranjith has responded to a statement made by Minister Sarath Weerasekera regarding the investigations being carried out into the discovery of a hand grenade at All Saint's Church in Borella.

The Cardinal made a revelation yesterday morning about a person shown in CCTV footage of the church in connection with the incident.

Responding to the opening of the Mirigama Nungamuwa Police Station yesterday, Public Security Minister Sarath Weerasekera said that the main suspect in the incident was also among those arrested.

However, after attending a special service at the Thewatta National Basilica in Ragama today, Archbishop Malcolm Cardinal Ranjith stated that he could not believe that the Minister would deliver truth and justice.

He stated that statements had been recorded from 14 persons regarding the incident.