Parliament to convene from tomorrow 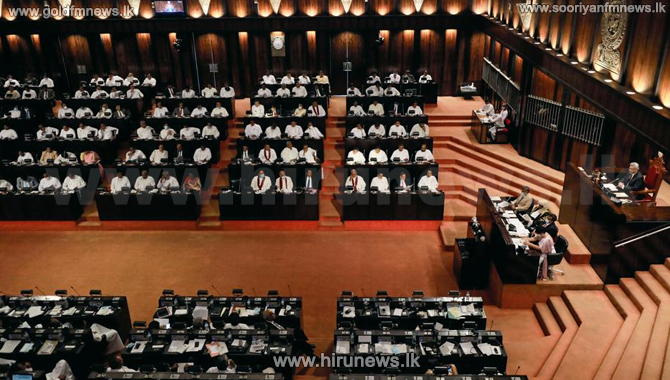 Parliament is scheduled to convene from February 8th to 11th, the Secretary General of Parliament Mr. Dhammika Dasanayake said. The decision was taken at the Committee on Parliamentary Business held today (07) chaired by Hon. Ranjith Siyambalapitiya, Deputy Speaker and the Chair of Committees.

Business which was scheduled for the 08th and the 11th will remain the same as decided at the Committee on Parliamentary Business held on January 21st.

Second Reading of Two Regulations under the National Medicines Regulatory Authority Act No. 5 of 2015 and the Mahapola Higher Education Scholarship Trust Fund (Amendment) Bill will be taken up for debate on February 8th from 11.00 a.m. to 4.30 p.m. Following the business of the Government, the Sri Shakysinharama Viharastha Karyasadhaka Sanvidanaya (Incorporation) Bill to be moved to the Legislative Standing Committee after the second reading.