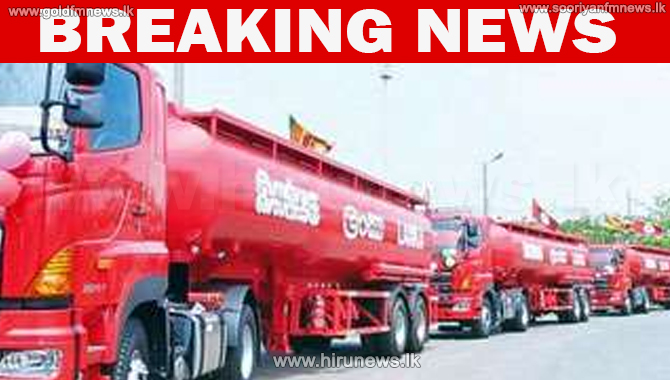 The Sri Lanka Petroleum Private Tanker Owners' Association states that it will withdraw from petroleum transport activities from midnight today.

About 80% of Sri Lanka's petroleum shipments are controlled by private tank owners.

Two days ago they sent a letter to the Ceylon Petroleum Corporation requesting a 60% increase in transport fares.

In response, the Ceylon Petroleum Corporation said it would consider raising based on diesel price increases.

However, the Private Tank Owners' Association has demanded that in addition to the increase in diesel prices, that the tariffs need to be revised in view of the rising US dollar.

However, the Ceylon Petroleum Corporation has not complied with that request.

Meanwhile, there was a decrease in the number of private tanker owners at the Kolonnawa Petroleum Complex today.

It is reported that due to this it has not been possible to release the stocks of fuel due today.