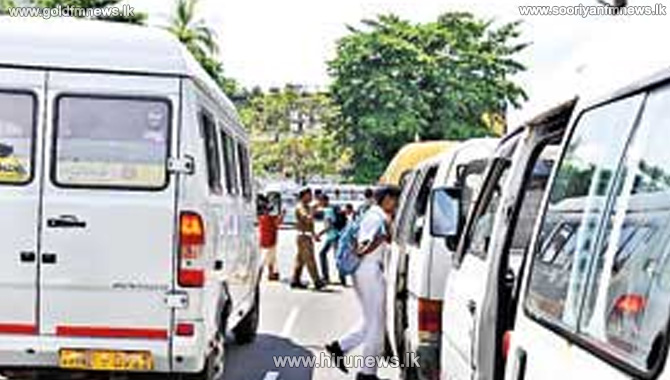 The Private Bus Transport Association and the Transport Board state that school transport is ready for the first school term of this year starting tomorrow (18).

The Deputy General Manager of the Ceylon Transport Board Panduka Swarnahansa stated that the depot managers have been informed to operate all buses scheduled under the Sisuseriya tomorrow.

Gemunu Wijeratne, President of the Ceylon Private Bus Owners' Association stated that private buses will operate as usual from tomorrow.

He stated that if it is possible to obtain diesel for buses as required, the bus service can be continued as usual.

President of the All Ceylon School Children's Transport Association Mal Sri de Silva stated that despite the crisis in obtaining diesel, school transport activities will continue as usual from tomorrow.

The Ministry also announced that the first grade for Muslim schools will commence on May 05.

Also, school classrooms were cleaned today with the participation of parents and students for the new school term which begins tomorrow.

Meanwhile, the Ministry of Education stated that the decision taken to extend the teaching period in schools by an additional hour has been temporarily canceled.

Given the limited time available to cover the curriculum this year, it was planned to implement the additional hour during the school term starting tomorrow.