Parliament will meet tomorrow under the new PM 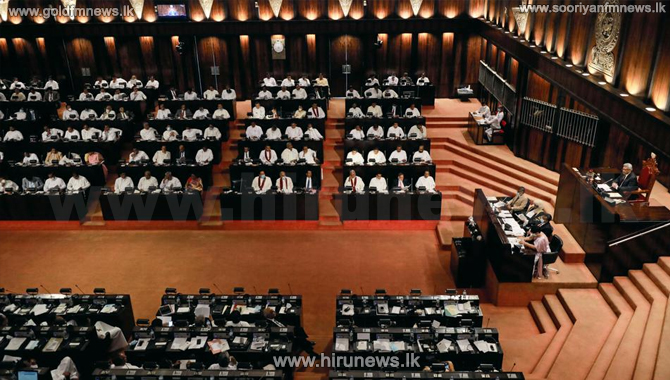 The first parliamentary session after the appointment of the new Prime Minister is scheduled to begin tomorrow morning.

A Deputy Speaker will be elected and the names of Sri Lanka Podujana Peramuna MP Ajith Rajapaksa and Samagi Janabalawegaya MP Rohini Kumari Wijeratne has been nominated.

It is also reported that the change of seats for the Members of Parliament will be made tomorrow.

The Prime Minister Ranil Wickremesinghe, who has been sitting in the Opposition up to now, is scheduled to sit in the seat belonging to the Prime Minister of the ruling party along with the members of the SLPP.

It is reported that former Prime Minister Mahinda Rajapaksa, who is also a former President, will get a front seat in the ruling party.

A special meeting of the Committee on Parliamentary Affairs is scheduled to be held tomorrow at 8.30 am.

SJB has stated that they are ready to support the government without taking over the posts.

Representatives of the Sri Lanka Freedom Party and the group of ten independent parties that left the previous government met Prime Minister Ranil Wickremesinghe this morning.

They were invited by the Prime Minister to discuss support for the government and the current crisis.

A special discussion was also held between Prime Minister Ranil Wickremesinghe and representatives of the group of ten independent parties that left the government at the Prime Minister's Office this morning.

The Prime Minister has stated that the program up to December this year will be presented to Parliament as a budget soon.

The Prime Minister has also stated that he hopes to form a National Assembly consisting of party leaders and will invite political parties that do not take up ministerial posts to form 15 committees in Parliament and take over the chairs of those committees.

Following the discussion, PJU leader Udaya Gammanpila stated that he would not take over the ministry post but would support the government in building the country.

MP Wijedasa Rajapaksa was also present at the discussion.

However, the Leader of the National Freedom Front Wimal Weerawansa or a representative of the party was not present at the discussion.