Parliament will vote today to elect a new president 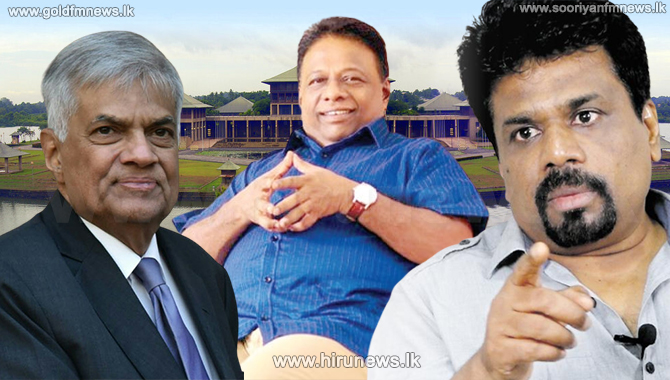 The President elected by parliament will have a mandate to serve out the rest of Gotabaya  Rajapaksa’s term, which ends in November 2024.

The names of three Members of Parliament were proposed and seconded in the Parliament yesterday (19) for the vacancy of the Presidency.

Dullas Alahapperuma’s name was proposed by the Leader of the Opposition Sajith Premadasa and Minister (Prof.) G.L. Peiris seconded it.

Ranil Wickremesinghe’s name was proposed by the Leader of the House and Minister Dinesh Gunawardena and Minister Manusha Nanayakkara seconded it.

Ranil Wickremesinghe, 73, a six-time former prime minister who became acting president after Gotabaya Rajapaksa resigned, has the backing of the Sri Lanka Podujana Peramuna (SLPP), the largest group in the 225-member parliament, for today’s secret ballot.

His main opponent in the vote will be SLPP dissident and former education minister Dullas Alahapperuma, a former journalist who is being supported by the opposition.

The third candidate is Anura Dissanayake, 53, leader of the National People’s Power (NPP), whose coalition has three parliamentary seats.

Opposition Leader and leader of the Samagi Jana Balawegaya (SJB), Sajith Premadasa, who was also expected to contest for the presidency withdrew from the race before nominations were presented.

He announced that the SJB and their alliance and opposition partners will work towards ensuring victory to Dullas Alahapperuma.  Tamil

The parliamentary session is scheduled to commence at 10.00 a.m. this morning (20) while the Secretary General of Parliament  Dhammika Dasanayake will serve as the Returning Officer of the secret ballot to be held thereafter.

This is the first time in the country’s history that parliament will vote to elect a successor president.

In 1993, given the demise of the former President Ranasinghe Premadasa, D.B. Wijetunga was elected for the remainder of the term of President unanimously, without a poll as the succeeding President.

However, this time, as their are several candidates, a poll will have to be held. Accordingly, it will be marked as a new experience in the parliamentary history of this country.