Death toll rises to 65 in the 6.6 magnitude earthquake in China 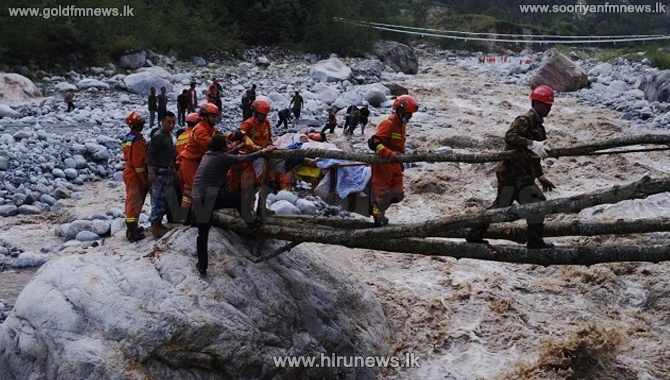 At least 65 people have been killed after a 6.6 magnitude earthquake hit southwestern China, state media said.

Some 21 million people in Sichuan's capital Chengdu were last week ordered to stay at home because of Covid rules.

The epicentre of the quake was at Luding, a town in a remote mountain region located about 226km southwest of Chengdu, according to the China Earthquake Networks Centre.

State broadcaster CCTV said 17 people died in the city of Ya'an, while 29 deaths were reported in the neighbouring prefecture of Ganzi.

"Another 16 people were missing and 50 were injured," CCTV said late on Monday.

Tremors shook buildings in Chengdu and the neighbouring mega-city of Chongqing, leaving roads blocked and cutting communication lines in areas home to more than 10,000 residents.

The shocks also forced some power stations to shut down in the areas of Garze and Ya'an, CCTV said.