Protest with corpse in front of Hospital alleging negligence 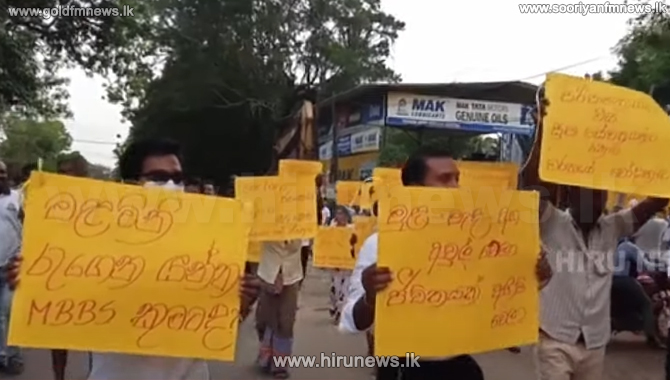 However, the patient died on 27, while undergoing treatment in the hospital.

Relatives allege that the patient died due to the negligence of doctors and hospital staff.

The funeral was yesterday (29) afternoon and relatives and local residents brought the corpse in front of the hospital and protested.