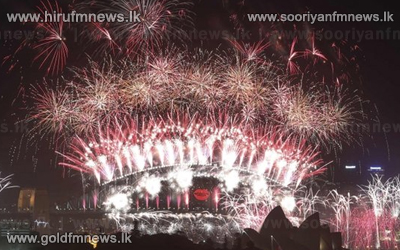 Celebrations are being held around the world to mark the new year, with the city of Auckland in New Zealand holding the first major event of 2013.

Big shows are also taking place in many other cities globally.

Celebrations have also been held for the first time in Burma, where large public gatherings were banned by its previous military rulers.

Seven tonnes of fireworks lit up the famous landmarks of the Harbour Bridge and the Opera House to a soundtrack co-written by Australian singer Kylie Minogue.