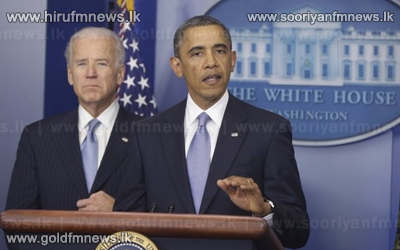 US President Barack Obama has hailed a deal reached to avert a "fiscal cliff" of huge tax rises and spending cuts.

After the House of Representatives passed the bill by 257 votes to 167, Obama said the measures were "just one step in the broader effort to strengthen the economy".

It raises taxes for the wealthy and delays spending cuts for two months.

There had been intense pressure for the vote to be passed before financial markets reopened on Wednesday.

Financial markets have responded positively to the move.