Woman commits suicide in Mattakuliya by self immolation 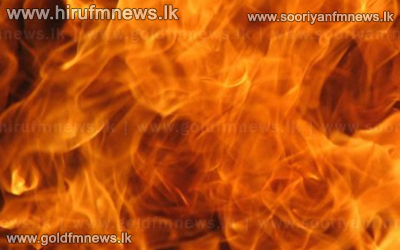 A Tamil woman has committed suicide by self immolation in the Mattakuliya - Rajamal Watta road region.

The Mattakuliya Police stated that they had inspected a house near the Rajamal Watta road based on information received and discovered the body of a burnt woman.

The police media unit stated that the victim was a 46 year old woman named Ramasamy Yogalakshmi who was living with her parents in a two storey house in the Rajamal Watta region.

The police stated that she had set herself on fire this morning in the pantry downstairs after drenching herself with Kerosene while her parents were upstairs.