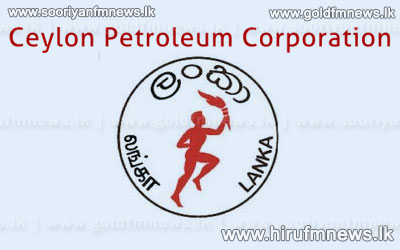 Managing director of the Ceylon Petroleum Corporation Susantha De Silva states that despite several increases in the prices of fuel, the CPC has suffered a loss of approximately 95 billion rupees during last year.

He stated that the rising world oil prices were the reason for the losses.

Meanwhile, the price of a litre of furnace oil being supplied to the Ceylon Electricity Board has been increased by 25 rupees.

Managing director of the CPC Susantha De Silva stated that despite supplying furnace oil at a loss to the CEB for a significant time period, since the loss became greater the CPC was forced to increase the price of a litre of furnace oil.

The CPC increased the price of a litre of Petrol by 10 rupees on the 14th of December 2012.

However, despite suffering losses from the sale of Diesel as well, the managing director of the CPC stated that there is no intention of increasing the price of diesel.