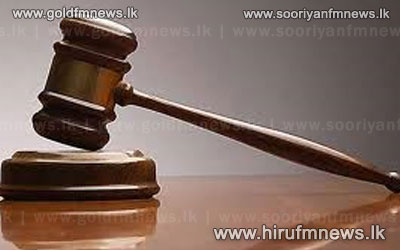 The Court of appeal read the Supreme Court's interpretation of the Constitution and stated that the PSC has been appointed based on a standing order of the parliament and not based on any law.

The Court of appeal stated that based on this, action can only be taken against a judge based on a law passed by the Parliament.

The 3 judge panel led by Sri Skandarajah decided to hear the case again on the 15th of this month regarding the petition filed by the Chief Justice.

Notices were issued on the 21st of December to the Speaker, General Secretary of the Parliament and the members of the PSC to be present at Court.

But MP Vijitha Herath who represented the JVP in the PSC and TNA MP M. A. Sumandiran appeared in Court on behalf of the leader of the TNA R. Sambandan, who was representing the TNA in the PSC.

However, our news correspondent on scene reported that UNP MPs Karu Jayasuriya, Dayasiri Jayasekara, Ajith P. Perera and Palitha Rangebandara were present at the court complex.