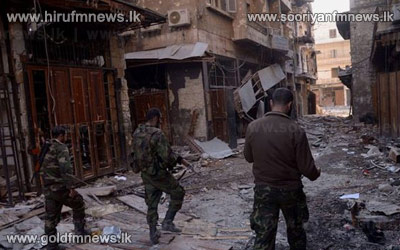 Furious combat raged around the main airport and a military airbase in northern Syria yesterday, a day after the United Nations gave a staggering toll of 60 thousand dead in the 21-month civil war.

The Syrian Observatory for Human Rights said Insurgents besieged troops on the perimeter of Aleppo's international airport and around Taftanaz airbase in Idlib province.

The airport in Aleppo, the hard fought-over main city in northern Syria, has been closed since Tuesday after repeated attacks by rebels.