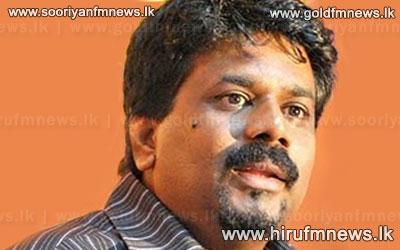 The JVP states that the verdict given by the Court of Appeal should be adhered to with regard to the impeachment against the chief justice.

JVP MP Vijith Herath made this statement while speaking at a press conference held at the Party Headquarters.

However, deputy speaker Chandima Weerakkody stated that he will act according to the ruling made by the speaker.

Meanwhile, the UNP advisory council has convened as of now under the patronage of party leader Ranil Wickramasinghe to discuss the future steps to be taken with regard to the impeachment.

It is reported that the party general secretary will make a special statement with regard to the decisions taken at this meeting.

However, speaking at a press conference recently JVP Politburo member MP Anura Kumara Dissanayaka made the following statement regarding the actions of the UNP.

Speaking to our news team, Deputy General Secretary of the UNP MP Jayalath Jayawardena responded in the following manner.

MP Anura Kumara Dissanayaka expressed to following views regarding the supremacy of the parliament.