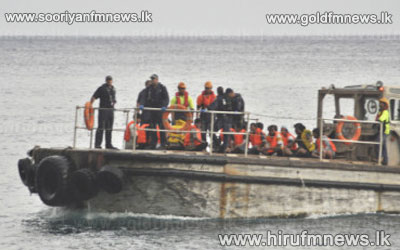 A GROUP of 46 Sri Lankan asylum-seekers has been rescued after spending Christmas and the New Year drifting about 330 nautical miles off Sumatra in a failed bid to enter Australia.

Indonesian search and rescue agency Basarnas was first alerted to the disabled vessel on December 23rd by Australian authorities after a tip-off from a recently arrived asylum-seeker.

But the stranded boatpeople were not picked up until Tuesday by a nearby merchant ship and were transferred to an Indonesian search and rescue vessel before being taken to the Indonesian port of Teluk Bayur in Padang yesterday.

A fourfold increase in people-smuggler networks in Sri Lanka has driven a huge increase in the number of economic migrants seeking entry to Australia.

The government has responded by returning home Sri Lankan asylum-seekers without legitimate claims, with the Immigration Department confirming yesterday that 832 have been returned since August 13th.