No arsenic in Yellow and Red Rain; NAEA 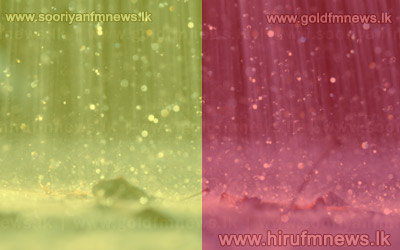 The National Atomic Energy Authority denies reports that the recently experienced red as well as yellow pigmented rains had contained traces of arsenic.

The very first occurrence of red rain in Sri Lanka was reported on the 14th of November last year.

Initial tests carried out on samples of red rain water confirmed that it contained the Trachelomonas algae.

Subsequently samples of the red & yellow pigmented rain water were sent to the University of Cardiff for further investigations.

Meanwhile the Medical Research Institute which carried out further examinations on samples of the red water confirmed that it had contained traces of arsenic & silver which was recently confirmed by lecturer of the Rajarata University Channa Jayasumana.

Against this backdrop Vajira Waduge Head of the Life Sciences Division of the National Atomic Energy Authority refuted such claims.