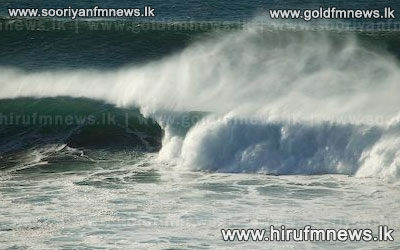 The center for disaster management states that a majority of the individuals that were distressed due to the disaster situation have returned to their homes.

A further 2935 individuals are remaining in 22 welfare camps as of now.

A total of 43 individuals lost their lives as a result of the inclement weather and a further 7 had disappeared.

5437 houses had been completely destroyed while 25 thousand 488 houses were partially damaged.

However, the Met Department stated that further heavy rains and gale winds can be expected in several parts of the island.

The met department also stated that it would be risky to engage in naval and fishing activities along the coast from Matara to Hambantota through Pottuvil.

Speaking to our news team Meteorologist Channa Rodrigo had the following to say with regard to this.

Beautiful American Actress, model, and singer Naya Marie Rivera is believed to have drowned in a "tragic accident" while on a a boat excursion with her... Read More