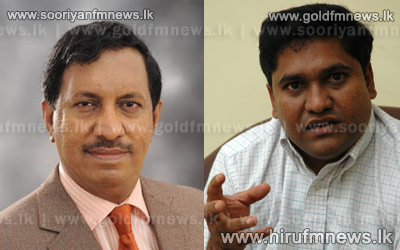 The People's Movement for Democracy has organised a protest march against the impeachment motion tomorrow.

Adressing a gathering held in Dodam-potha yesterday Chairman of the Parliamentary Select Committee Anura Priyadharshana Yapa expressed the following views regarding the motion.

Speaking further Minister Yapa had this to say.