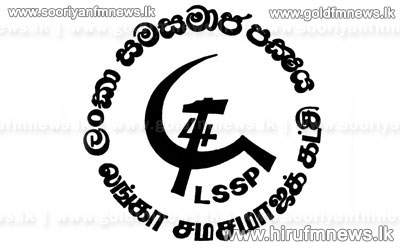 The Lanka Samasamaaja Party has decided to refrain from voting at the voting to be taken in parliament for having the impeachment report against the Chief Justice passed.

This decision was taken at the LSSP central committee meeting held yesterday.

LSSP Deputy Secretary Anil de Soysa told our news team that according to a decision the Socialist Front composed of  the combination of left parties  taken earlier, his party too would act in accordance with that decision.

Two LSSP MPs act in support of the UPFA of current parliament.

Meanwhile the Socialist Front including these two MPs and five MPs representing the Sri Lanka Communist Party represent the Government.