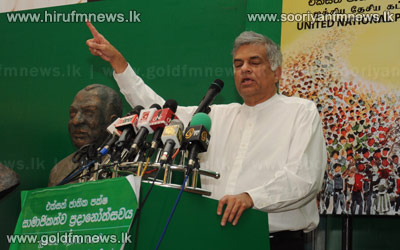 Addressing a ceremony at party headquarters Sirikotha Opposition Leader said that only a political party can topple the government.

Speaking during the United National Party’s Membership Conferment Ceremony at ‘Sirikotha’ party headquarters opposition leader Ranil Wickramasinghe compared himself to a football, stating that the harder he is hit my media, the higher he goes.