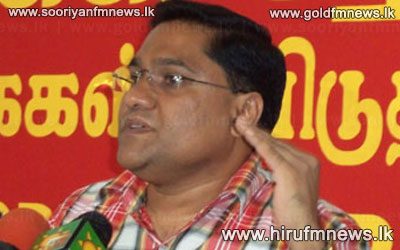 The JVP says that according to the Court ruling the report of the parliamentary select committee that was appointed to look in to the impeachment cannot be taken up for debate in parliament.

Propaganda Secretary of the JVP MP Vijitha Herath expressed these views at a rally that was organized by the Peoples Movement for Democracy which was held at Hyde Park in Colombo.

Meanwhile, UNP Parliamentarian Lakshman Kiriella stated that their parliamentary group will convene tomorrow to take a final decision as to whether they would participate in the parliamentary debate on the impeachment motion.

However, at a UPFA media briefing that was held today in Colombo, Ministers Dallas Alahapperuma and W D J Senevirathne expressed their views with this regard.