Obama names Hagel and Brennan to lead Pentagon and CIA 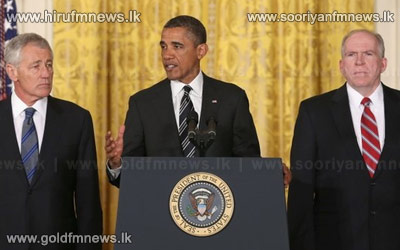 US President Barack Obama has named Chuck Hagel to be his next defence secretary and counter-terrorism adviser John Brennan to lead the CIA, but the nominations may not go smoothly.

Former Nebraska Senator Hagel's fellow Republicans have accused him of being hostile to Israel and soft on Iran.

Brennan is also under scrutiny over harsh interrogation techniques used at the CIA.

Both appointments must be confirmed by the Senate.

Obama, who has just returned from a family holiday in Hawaii, said at a White House press conference that Hagel was "the leader our troops deserve".