No need for an impeachment debate - says the UNP 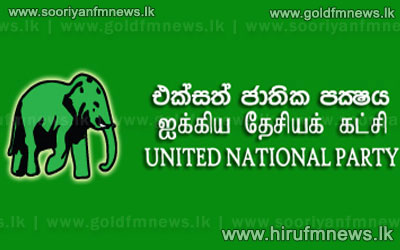 The UNP states that a special debate is not necessary regarding the report submitted by the Parliamentary Select Committee appointed to investigate the impeachment.

UNP General Secretary Tissa Attanayaka stated that this was due to the PSC report being nullified by the verdict issued by the Court of Appeal.

The Tamil National Alliance states that they will take a decision regarding this after having a discussion with the opposition.

TNA MP M. A. Sumandiran had the following to say in this regard.

The JVP and the Sri Lanka Muslim Congress are yet to decide whether they are going to take part in the debate regarding the PSC report and the vote that follows the debate.

Spokespersons for the two parties stated that party representatives will engage in discussions tomorrow regarding this and take a decision.

Minister of Mass Media and Information Keheliya Rambukwella made the following statement in this regard.