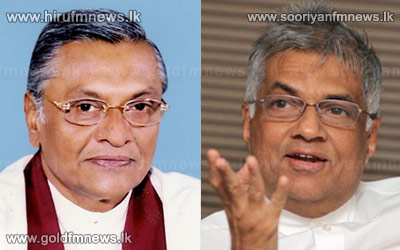 Meanwhile a group of opposition party leaders including the leader of the opposition forwarded a letter to the speaker requesting a meeting to discuss the impeachment debate.

The letter was in protest of the impeachment report being taken up for debate on the 10th and 11th of this month.

However, the UNP has decided to take part in the Parliamentary debate regarding the impeachment report scheduled to be held on the 10th and 11th.

Speaking to our news team UNP MP Ajith P. Perera stated that the decision was taken during the parliamentary team meeting.

TNA MP P. Ariyanendran stated that the Tamila National Alliance will make their decision on whether to take part in the debate or not tomorrow.

JVP MP Vijitha Herath stated that the decision of the JVP will be taken following the meeting with the speaker tomorrow.

Speaking at a meeting in Arndigama in Anumaduwa, SLFP General Secretary Maitreepala Sirisena stated that certain individuals in the judiciary seem to be acting without understanding the limit of their authority.