No one can betray the sovereignty of the public; says President. 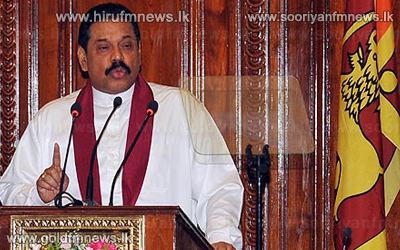 President Mahinda Rajapakse states that no one can betray the heritage and sovereignty of the public.

President Rajapakse made this statement while addressing the Swarnapura award ceremony and the local government national convention held today at Temple Trees.

The president also stated that he is continuing to act while placing great faith in the independence of the judiciary.

Speaking further President Rajapakse also stated that there are various forces that are against the massive development program initiated by the government.