A historic bill will be passed in Parliament; says Dinesh. 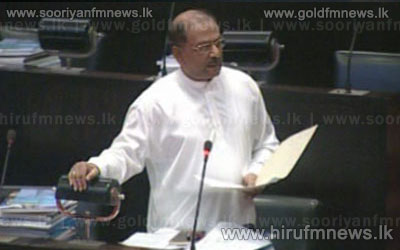 Minister Dinesh Gunawardana addressing the debate of the 2nd reading of the Divi Naguma Bill in Parliament stated that it is a historic bill.

He further stated that 1.9 million families benefit through this act and after the bill is passed 27 thousand will be able to join the government.

Minister DEW Gunesekra addressing parliament stated that government has accepted proposals put forward by the Supreme Court regarding the bill.