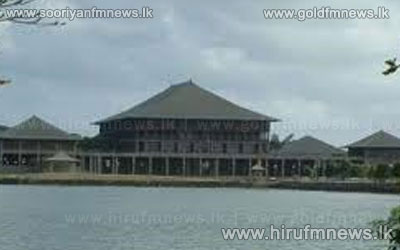 Deputy Speaker Chandima Weerakkody said that at this meeting discussion would be held with regard to taking up the impeachment motion against the Chief Justice for debate.

Addressing a letter to the Speaker Opposition party leaders including Opposition Leader Ranil Wickremesinghe had requested that a party leaders' meeting be called for holding a discussion again with regard to taking up the impeachment motion for debate.

According to this request the party leaders' meeting will be held at 12 noon today at parliamentary complex.

For now it has been decided to hold the debate on the impeachment against the Chief Justice tomorrow and day after tomorrow.

However Deputy Speaker Chandima Weerakkody explaining on the discussion to be held today stated as follows.