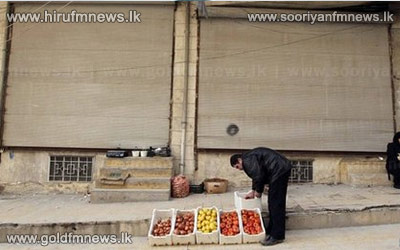 According to the UN, 1 million Syrians are going hungry and helpless due to the 22-month civil conflict in the country.

The World Food Program says it is helping 1.5 million Syrians, but continued fighting and an inability to use the port of Tartus to deliver food mean many people are not receiving aid.

The UN estimates that around four million Syrians are in need of humanitarian aid. Late 2012 saw a sharp rise in the number of attacks on WFP aid trucks,

The increasingly dangerous situation meant the WFP had pulled its staff out of its offices in Homs, Aleppo, Tartus and Qa-mis-ly.