TNA & SLMC to decide on impeachment debate this evening 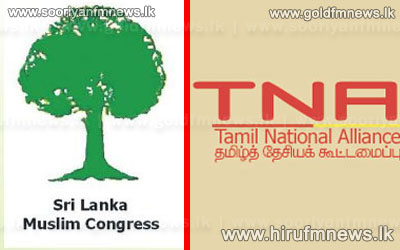 Tamil National Alliance as well as the Sri Lanka Muslim Congress is set to issue their stance regarding the impeachment debate of the Chief Justice this evening.

Staying in related developments the Sama Samaja Party remains polarized over casting votes during tomorrow's impeachment of the Chief Justice.

During a recently held central working committee of the party it was decided that that the party would refrain from casting votes.

Kegalle District parliamentarian Y.G. Pathmasiri & Party Leader Thissa Witharana however are among the MP's who represent the Sama Samaja Party in parliament.

According to political sources it is reported that Sama Samaja parliamentarian Y.G. Pathmasiri will vote in favour of the impeachment who in a statement has justified his stance saying that his effort was directed at safeguarding & promoting the supremacy of parliament.