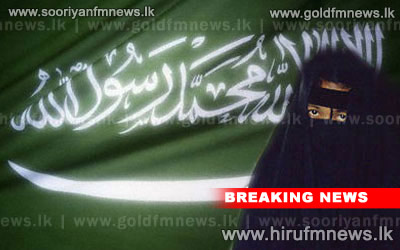 Chairman of the Sri Lanka Foreign Employment Bureau Amal Senadheelanka states that according to conformation received from Riyadh-Saudi Arabia, Rizana Nafeek has been executed.

Rizana Nafeek was arrested in May 2005 on charges of murdering an infant in her care. She was 17 years old at the time.

On 16 June 2007, she was sentenced to death by a court in Dawadmi, a town west of the capital Riyadh. The sentence was subsequently upheld by the Court of Cassation and sent for ratification by the Supreme Judicial Council.

However, the Council sent it back to the lower court for further clarification. The case then went back and forth between the courts until October 2010.

Subsequently the Supreme Court in Riyadh upheld the death sentence, the case was then sent to the King for ratification.