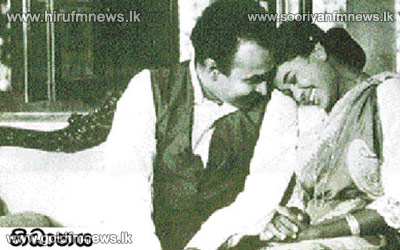 Director of the Sinhala film Nidanaya - Veteran Cinematographer Professor Leister James Peiris states that there remains an issue on as to how the Indian National Film Conservation institute had managed to procure his film.

Professor Leister James Peiris made this observation in reply to a statement made by Director of the Indian National Film Conservation Institute Prashanth Pathabre who noted that the Institute was in possession of a copy of the film.

Speaking further he had noted that it would cost around 100,000 Indian rupees to obtain a copy of the film.