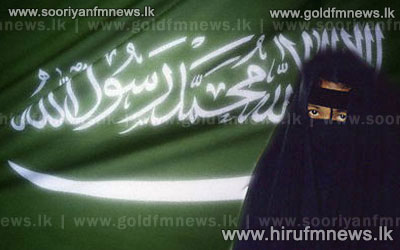 The Ministry of External Affairs has confirmed that Rizana Nafeek, the Sri Lankan maid who was imprisoned at Saudi Arabia's Dawad-mi Prison since 2005, has been executed today.

According to the Director General of Public Communication Anzul Jhan, Rizana was executed around 11.40 am local time.

The parliament observed a minute silence in her memory after JVP MP Sunil Handunnetti informed the House about the execution.

However prior to Nafeeks execution, Minister of Foreign Employment and Welfare Dilan Perera made the following statement before parliament.

President Mahinda Rajapaksa sent an appeal to King Abdullah on the 6th of January 2013, requesting a stay of the execution until a settlement could be reached between the infant’s family and a Saudi reconciliation committee.

Nafeek had been working in Saudi Arabia for two weeks in 2005 when the ‘Utaibi family’s 4-month-old baby died in her care.

Nafeek retracted a confession that she said was made under duress, and says that the infant died from choking while feeding from a bottle and was imprisoned in Dawad-mi prison since 2005.