'No one will be permitted to usurp democratic rights...' - President 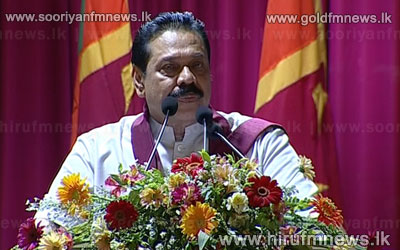 President Mahinda Rajapakse states that no force would be permitted to usurp the democratic rights of the people, which was gained by sacrificing the lives of many.

Speaking further President Rajapaksa noted that although certain parties were attempting to take the nations war heroes before international military tribunals, the government in no way was prepared to digress from its current path of development.

The President made the following observations during a ceremony held at Temple Trees today which was held to felicitate war heroes.