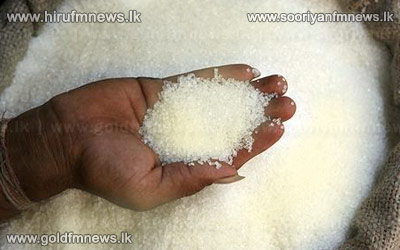 800 tons of sugar containing sand was seized by the Consumer Affairs Authority today from a warehouse in Sedawaththa, Kollonnawa.

According to the CAA the stock of sugar valued at 80 million rupees was in an inconsumable state.