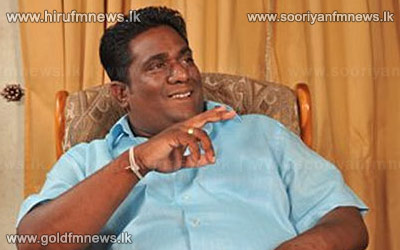 The final rights of Murdered Kelaniya Pradeshiya Sabha member Hasitha Madawala was performed at the Kelaniya-Pilapitiya public cemetery this evening.

The body of the slain pradeshiya sabha member was brought to the Kelaniya Pradeshiya Sabha this evening from his home in Waragoda.

A message of condolence issued by President Mahinda Rajapaksa was read during the funeral ceremony by fellow member Sudarshini Fernandopoulle.

In his release the President had asserted that justice would be served & perpetrators would be brought to book.

While the corpse of slain Kealaniya Pradeshiya Sabha member Hasitha Madawala was being transported in procession to the Pilapitiya public cemetery, severe vehicular congestion was witnessed from Paliyagoda to Kiribathgoda on the Kandy highway.