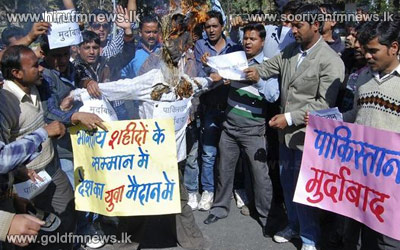 India says one of two soldiers killed in an alleged cross-border attack by Pakistan troops in the disputed territory of Kashmir was beheaded.

Pakistan has rejected accusations that it killed any Indian soldiers or fired across the Line of Control which divides Kashmir.

India called the attack "barbaric" and summoned Pakistan's top envoy in Delhi over the incident.

A statement from the Indian foreign ministry said the soldiers' bodies had been subjected to barbaric and inhuman mutilation which was in contravention of all norms of international conduct.

Indian troops searched the area afterwards but did not find the head and believes the Pakistanis took the head with them when they retreated.

The spokesman confirmed the body of the other soldier had been mutilated but would not give any further details.