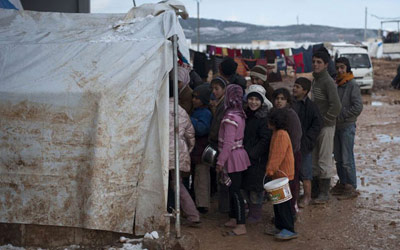 He spoke as the first major prisoner swap in the 21-month conflict took place, with rebels freeing 48 Iranians in exchange for more than 2,000 regime detainees in a drawn-out deal with Damascus reportedly brokered by Turkey, Qatar and Iran.

UN and Arab League envoy Brahimi was giving his first public reaction to a three-step plan announced by Assad on Sunday.