Chief Justice should be responsible for all counts; Government 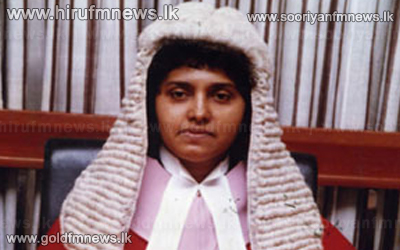 Several protest for and against the impeachment of the Chief justice were observed throughout several parts of the island today.

Two protests commenced from near the Hulftsdorp courts complex this morning.

the Self Employees Federation while the protest against the impeachment of the Chief Justice was organised by the Bar Association of Sri Lanka.

The protest march which was organised against the impeachment of the Chief Justice had its journey plotted from the Hulftsdorp Court complex to the parliament.

However concurrent to the commencement of the protest, the group

supportive of the impeachment cut across the plotted path of the anti-impeachment protesters.

Central Working Committee member of the JVP K.D. Lal Kantha who was represented in the anti-impeachment protest expressed the following views.

Colombo Municipal Councillor & Chairman of the Self Employees Federation

Mahinda Kahandagamage representing the pro-impeachment protest expressed these views to the media.

Subsequently the protest which was organised against the impeachment of the Chief Justice journeyed towards Colombo-Fort, causing heavy traffic congestion.

Although protesters attempted to travel towards Temple trees the attempt was foiled followed by which the protesters suspended their protest.

Meanwhile yet another protest which was filed in favour of the impeachment motion was organised adjacent to the parliamentary complex, causing heavy traffic congestion.

When Cabinet Media Spokesperson Minister Keheliya Rambukwella was queried regarding the tense situation which erupted adjacent to the Hulftsdorp courts complex this morning an overwrought verbal exchanged occurred.

Speaking further Minister Rambukwella noted that Chief Justice should be held responsible on all counts for causing the status quo.