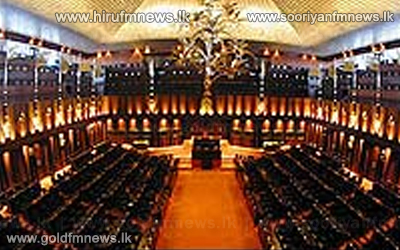 Today is the second day of the debate on the impeachment against Chief Justice Dr. Shirani Bandaranayake.

It has been decided to take a vote on impeachment at 6.30 p.m. today after parliament begins sittings at 1 p.m. and holds the impeachment debate.

The debate on impeachment against the Chief Justice began last afternoon after the Leader of the House Minister Nimal Siripala de Silva presented the motion on the impeachment report before parliament.

After the report is passed in parliament today the Speaker is scheduled to submit it to the President for taking the next line of action with regard to it.

Leader of the house Minister Nimal Siri Pala Desilva addressing the chambers first yesterday had this to say….