Syria accuses UN peace envoy of 'bias' ahead of tri-talks 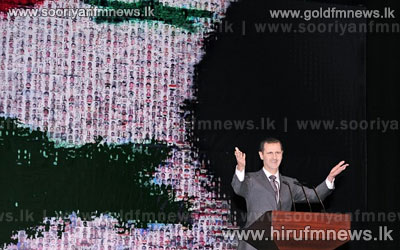 Damascus accused joint UN-Arab League peace envoy Lakhdar Brahimi of "flagrant bias" against it, a day ahead of talks he was to hold with top US and Russian officials on Syria's conflict.

The sharp broadside against the veteran Algerian diplomat, who has tried since September to quell the violence in Syria, revealed rising diplomatic tensions over the country's 21 months of violence.

It came in reaction to Brahimi's comments that a three-stage road map President Bashar al-Assad proposed last Sunday to negotiate a "political solution" with approved elements of the opposition was "one-sided".