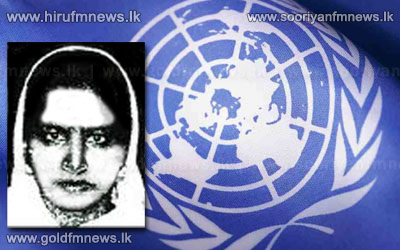 Rizana Nafeek, who arrived in Saudi Arabia from Sri Lanka to work as a housemaid in 2005, was charged with the murder of her employers’ baby a week after her arrival.

Despite a birth certificate that allegedly showed she was a minor at the time of the baby’s death and repeated expressions of concern from the international community, she was convicted of murder, sentenced to death and executed.

On the 1st of November 2010, the Special Rapporteur on extrajudicial, summary or arbitrary executions, Christof Heyns, sent an urgent appeal with regard to Rizana Nafeek's case.

Furthermore in June 2007, Philip Alston, the predecessor to Christof Heyns had raised concerns about the imposition of the death penalty when Rizana Nafeek was still below eighteen years of age.